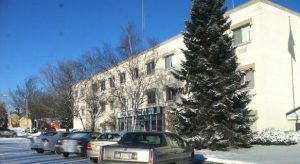 In 1947, the Shell Lake Hospital was first opened. The building project started near the end of WWII, in 1945 by Charles L Lewis and his son-in-law, Dr D.V. Moen, who was also the physician and surgeon in charge. Building materials were in short supply so members of the community banded together to make a go of the new Shell Lake Hospital. Pine trees were cut on Lewis’s cranberry marshes and sawed into lumber and dried over a creamery broiler before being used for sub-flooring in the hospital. The old Shell Lake Boat Works dipped into the supply of hardwood as well. By the end of the building project, $35,000 had been invested into the new hospital.

The Shell Lake Hospital opened its doors with eleven beds, eight employees and one doctor. By 1950, the hospital 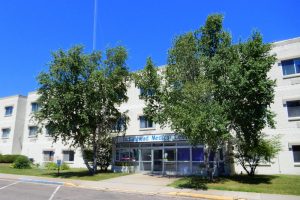 grew to house seventeen beds, a delivery room, nursery and OB ward. In 1958, the Shell Lake Clinic builds right next to the hospital. In June of 1968, ground was broken for the new Shell Lake Memorial Hospital and by 1972; a third floor was added to the new hospital making it the largest acute-care facility in the area with 70 beds and a staff of 147.

By 1982, Fairview Community Hospitals of Minneapolis, Minnesota acquired Shell Lake Memorial Hospital, and changed the name to Indianhead Medical Center, which still stands today. After seven years of ownership, Fairview decided to sell IMC to a management company based out of Baltimore, Maryland Mid-Atlantic Health Management.

Indianhead Medical Center is a privately owned 25-bed critical access hospital accredited by the Joint Commission, with a 24 hour emergency room. We strive to provide quality care designed to meet your individual needs. 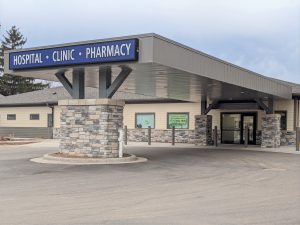 Shell Lake Clinic is attached to the hospital on the east side.